And yes, you guessed it, again this year, after splashing out around £100m this summer - the fifth highest out of all the teams in the league - there was hope of a top six finish. Defeats to AFC Bournemouth and then Sheffield United at Goodison Park on Saturday mean that hope has quickly faded just one month into the new campaign.

Simply put, Everton are not good enough to break into the top six, and truthfully they are barely a top half side at this moment in time. With a higher net spend than both Liverpool and Chelsea over past five year, ​Everton have thrown money at it in an attempt to muscle their way into the big time. However, the lack of clear planning in the transfer windows over the last few years means there are a number of players with similar expertise, and others with no expertise who are being paid an exorbitant amount of money.

Davy Klaassen joined with a big reputation but failed to deliver before being shipped off to Werder Bremen. Theo Walcott, who has had success in the ​Premier League, joined from Arsenal but with his pace fading he offers little in attack now. Throw in an error prone Michael Keane, who has failed to meet his potential for Everton, and an erratic Yerry Mina, and it is no surprise the defence seem to crumble consistently.

Even the likes of Gylfi Sigurdsson, who does produce moments of magic, is not good enough to play for a side that has top six aspirations as he goes missing for weeks - hence Spurs were happy to let him go to Swansea in 2014. In attack, 19-year-old Moise Kean does seem like a really good talent but will take time to adjust to the Premier League and at the moment he is lacking a clinical edge. Moreover, there is a reason 22-year-old fellow striker Dominic Calvert-Lewin is behind Callum Wilson and others in the pecking order for the Three Lions, and that is because he simply does not score enough goals - just six in 35 games last term.

Where it really matters, in both boxes, the squad lacks quality.

Along with an explicit lack of quality, there is also a dearth of leaders in the Toffees' dressing room.

Back in 2013 and 2014, when the Toffees finished in the top six in consecutive years, they had players like Phil Jagielka, Sylvain Distin, Gareth Barry, Leon Osman and Tim Howard on the books; all of whom had big voices that could help drag the side through difficult moments. 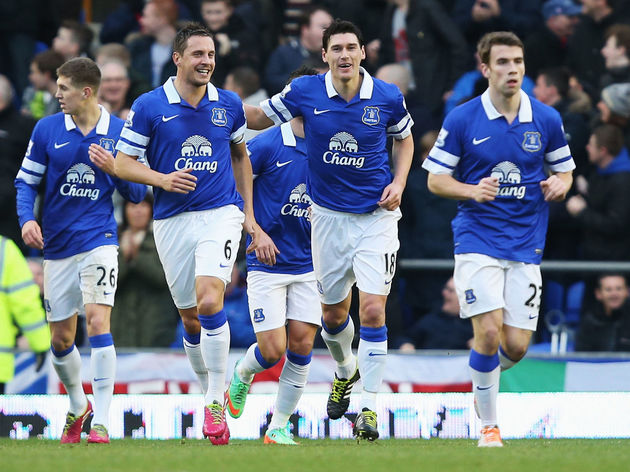 Now, the club is left with Seamus Coleman and...that's it really.

The lack of leaders isn't just on the pitch, it's seemingly evident on the touchline too, where Marco Silva has struggled to make a positive impact on the club. However, while there is plenty of speculation surrounding the manager's future, it's hard to imagine that sacking him will be the answer to all the club's problems.

Having gone through four managers in four years, the Toffees now need to stick by one and allow them to work on a project at the club.

For now however, the progress with said project is slow; too slow for Everton to challenge the top six this season, and too slow to probably even keep pace with the likes of West Ham United and Leicester City.