Newcastle Among Clubs Who Looked at Everton Star Before Breakout Season

Newcastle were among a number of clubs considering a move for Dominic Calvert-Lewin when he was struggling for goals, but opted against a move for the Everton forward.

The Magpies' big money striker last summer was Joelinton, who scored just seven goals for Hoffenheim in the Bundesliga the previous season and has struggled to find his feet at St. James' Park in his debut campaign – scoring just one Premier League goal since his arrival.

Dominic Calvert-Lewin is someone #NUFC, & many other PL clubs, previously looked at - even when he was struggling to score at #EFC - but it was Everton who took a gamble on him.@Paddy_Boyland tracks how he reached such form under Carlo Ancelotti https://t.co/jJ5N7XpqvP

Calvert-Lewin, meanwhile, has continued to go from strength to strength at Goodison Park. Since Marco Silva's departure in December the 22-year-old has scored ten times in the top flight, forming a strong relationship with Richarlison up top in Duncan Ferguson's side and now Carlo Ancelotti's 4-4-2.

The Athletic's Chris Waugh has noted that the Magpies were just one of a host of Premier League clubs tracking Calvert-Lewin before signing Joelinton in late July.

Newcastle sit a healthy eight points clear of the relegation zone, but their inability to find the back of the net has kept them from pushing on. Their 25-goal tally is the worst record in the division. 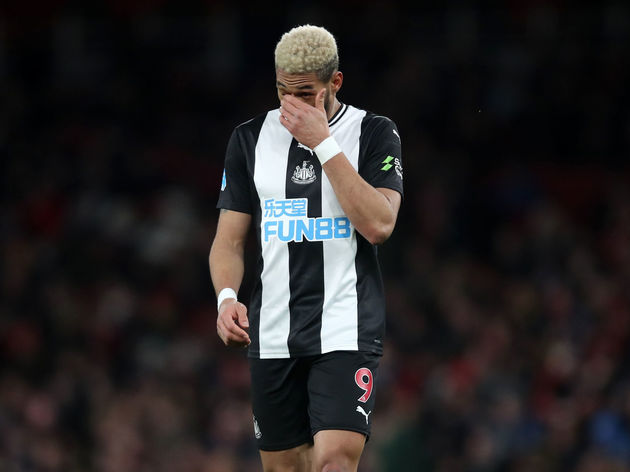 "He certainly hasn't got that mentality. He is more of a team player. He has to be a bit more selfish. He doesn't get himself in the positions enough, that's something we're working on. The only thing we can do is keep encouraging the lad. He might not be a natural goalscorer, but we know there is talent there," he added.

Calvert-Lewin, meanwhile, established himself as a reported £50m transfer target for Manchester United

The 23-year-old's intelligence and deadly aerial ability has seen him become one of the Premier League's leading forwards, and if his form continues, Newcastle