Picking an Ideal Shithouse England XI That Would Win Euro 2020

In 836 billion years of human history, the one lesson that stands out more than the rest is that nice guys finish last. Sorry, lads. Actually, no, we're not sorry. Screw you.

There, it's that easy.

This metaphor for all of known life can, like most silly things you read online, be extended to football. You need sh*thouses to win. In fact, there are hardly any winners without massive sh*thouses. That's just how the food chain of this sport works. Hey, we don't make the rules.

To propel them to being the top dog, Gareth Southgate should put all his eggs into this prickly, nasty basket. Here's how England should line up. Yeah yeah, we all know Pickford's come in for some criticism lately, but no other goalkeeper in world football is turning up to a major international tournament and mouthing off in a thick Mackem accent the way that he does.

Jordan Henderson is too kind a soul for that rambunctiousness - ​Pickford's showing up to the first group game with a can of Carling in one gloved hand and a packet of Skittles in the other, raging at his own defenders before a ball's even been kicked so much that his face looks like a Dip Dab. Please note that Tripper's father refused to take down a giant England flag that was in his front garden. This family is hard as nails and they're not taking your sh*t. ​Trippier Jr has gone over to Spain and has been tearing it up, learning a thing or two from sh*thouse extraordinaire Diego Costa.

Probably going to outlast him at the Wanda Metropolitano, too. This is England now, sunshine. K-Trippz is back. Lovely cushioned header... for SLABHEADDDDDDDD! OHHHHH YA BEAUTYYYYYYY! WHAT A HIT SON - WHAT A HIT!

Yes sir, the official commentary for Harry Maguire's goal in the World Cup against Sweden sure was memorable. Good times.

​Maguire is back and is now the world's most expensive defender - that's 1-0 already. His head is still really big - that's 2-0. He now carries a reputation around with him for these reasons. That's like 7-0 surely, ref?

Ahead of Euro 2020, Southgate needs to go full Clockwork Orange on ​Dier, sit him down in front of a screen with his eyes taped wide open, and show him the last 10 minutes of 2016's Battle of the Bridge between Chelsea and Tottenham. Unfortunately for ​Rose, all of England's group games will be played in the south of the country.

Fortunately for the rest of us, this anger should fuel the fire that made Rose Mauricio Pochettino's original sh*thouse at Tottenham.

"Forget about the football, when do we get the freakin' chips???"

"I told ya, you're not getting your chips until you play some vile football." 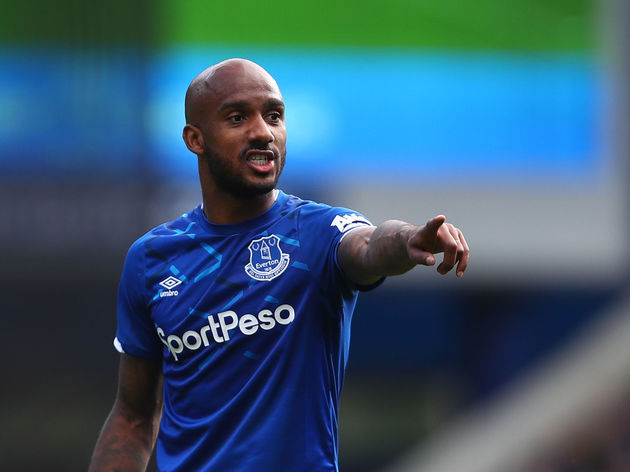 If Manchester City's Amazon Prime documentary taught us anything, it's that ​Delph was one of the surprising leaders in the dressing room at the club, a player fitting of Pep Guardiola's 'let's foul the opposition in 2.6 seconds after we lose the ball' tactics.

The little bugger. Get him on the plane, in the XI, into history. Sir Fabian Delph. 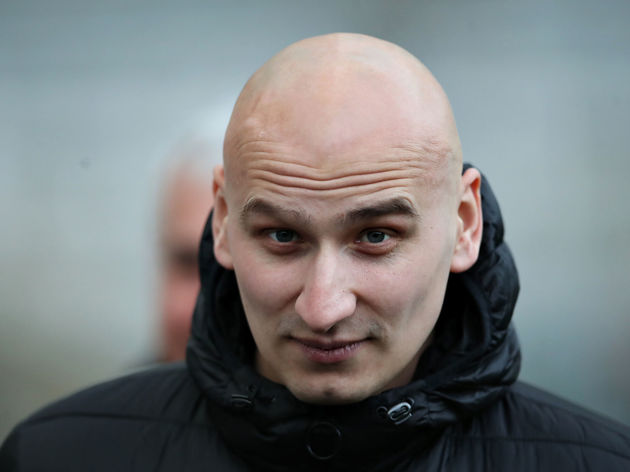 A Lord Voldemort doppelgänger that had the balls to take on Sir Alex Ferguson and has since been known as much for as reckless tackling as his pinpoint passing.

Ooh, yeah, what a combo. Jonjo you little dreamboat, come over here and put on that Three Lions shirt. Different gravy on the international stage and is so, so obviously going to milly rock and dab and moonwalk and Fortnite dance all over every team in the competition.

The look on the face of opposition fans when they scroll down the England teamsheet and see the name '​Jesse Lingard'. The horror, the anguish, the 'oh for...' David Brent expression. Did you think you were going to get through this list without the sh*thouse?

Ok, Vardy's international retirement is coming to an end with a return to the England starting lineup, scoring two goals, picking up a yellow card for time-wasting in the 23rd minute, and taunting the away fans until he has to go into the crowd and shout 'say that to my face' to a mouthy supporter. Job done. “You lot may all be World Cup winners and have had decorated careers. But as far as I’m concerned, the first thing you can do for me is chuck all your medals and all your caps and all your pots and all your pans into the biggest dustbin you can find. Because you’ve won all of them fairly. You haven't done it all by cheating.”

That's what Clough said to the Leeds players on his first day as manager, right? That's how it went, for sure. Verbatim, probably.

Anyway, ​Deeney will be spending two months' wages constructing a pair of stunt double testicles akin to Will Ferrell's in Step Brothers to make a demonstration about proper cojones at St. George's Park, probably.