Everton secured a much needed 2-1 win against Southampton at St Mary's as Richarlison's goal solidified the home side's place in the relegation zone.

The visitors got off to the perfect start inside five minutes courtesy of Tom Davies, who headed in Mason Holgate's flick-on at the back post. The Toffees pressed home their early advantage and completed dominated the remainder of the first half, restricting Saints to a grand total of zero attempts on goal in the first 45 minutes. ​EvertonEager to bounce back from their underwhelming start to the game, ​Southampton came out of the blocks quickly after the break and equalised through Danny Ings, following good work from substitute Sofiane Boufal.

Encouraged by the goal, James Ward-Prowse came close to giving the home side the lead on the hour mark when his free-kick stung the palms of Jordan Pickford, but the Saints were made to rue that missed chance in the 75th minute when Djibril Sidibe swung in a dangerous cross that was well finished by Richarlison.

Some stoic defending in the final stages meant Everton hung on and gained what was a vital three points for the under-pressure Marco Silva.

Here's 90min's review of the game.

​Perhaps still reeling from their humiliating 9-0 defeat to Leicester City in their last home game, Southampton's first half performance was absolutely abysmal.

Defensively they were unorganised, with the lax positioning of their back three providing Everton with ample time and space to pick them apart.

They were equally disappointing at the other end of the pitch as well. Danny Ings and Nathan Redmond were completely isolated as the Saints' central midfield three were overrun, with not a single shot on target registered in the opening 45 minutes. Their performance was much improved in the second half, mostly due to the galvanising effect that Boufal's introduction had on the team. The Moroccan made his side much better and immediately provided the assist for Ings' equaliser.

Boufal has largely been a bit-part player for the Saints so far this season, but with performances like this the attacker will surely be enjoying more regular playing time in the near future. Prior to his arrival the Saints were static going forward and void of all creativity and invention. The Moroccan has had his critics in the past, but nobody could fault his effort or application this afternoon.

If you don’t rate Boufal, you’re an idiot. And it’s not my fault. #saintsfc

"Ole ole ole ole! Boufal! Boufal!" chant the Southampton fans. Amazing what can happen when you get another player on the field who can move the ball forward huh?

​Everton's supreme first half performance was built upon the solid defensive foundations of their back four, all of whom exhibited a near-perfect display against the Saints.

The Toffees' defensive stubbornness prevented the home side from having a single shot on goal in the opening 45 minutes at St Mary's. 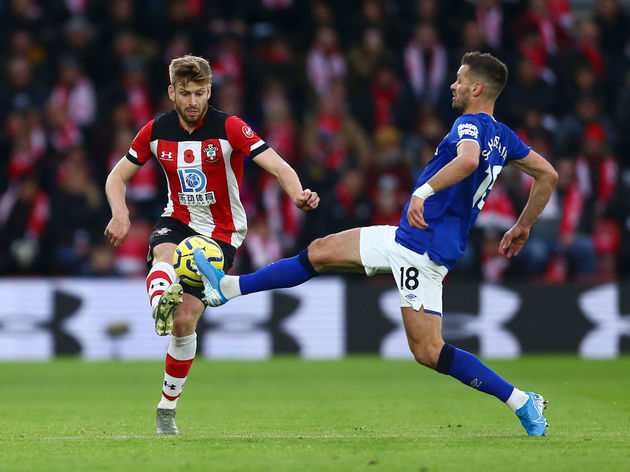 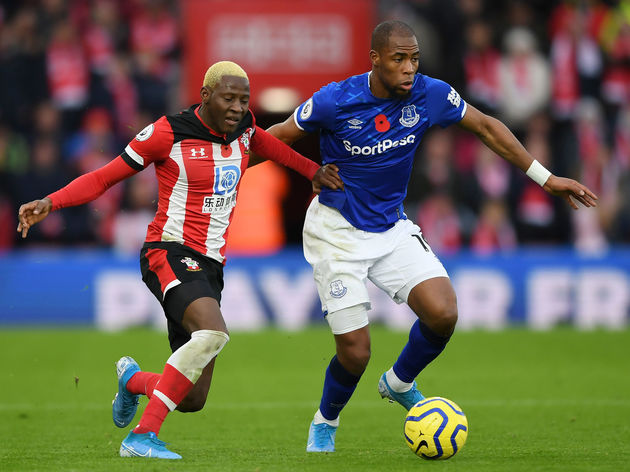 The tone was set for the Frenchman's dominance early on in the game, when he swatted aside Nathan Redmond with ease when the Englishman threatened to shoot.

Sidibe would continue in this domineering manner throughout the game and put the icing on the cake of a supreme performance by providing the assist for the Toffees' winning goal 15 minutes from time.

A peach of a ball from Sidibe, I might add

75' Pinpoint, powerful cross from Sidibe for Richarlison, who volleys in to restore the Blues' lead. YES, LADS! 

After the international break both sides return to Premier League action, with Southampton taking on Arsenal and Everton hosting struggling Norwich City. ​

Both matches will be played after the international break on 23 November.