​Everton travel down to St Mary's on Saturday for an early season six-pointer, with both teams struggling towards the foot of the table.

Southampton have recovered well from their record 9-0 defeat to Leicester, going toe-to-toe with Man City twice and putting in a very good account of themselves, nearly taking points of the champions last weekend. 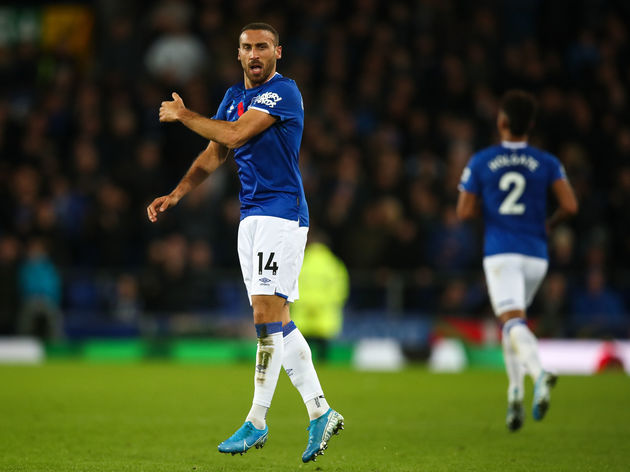 Everton drew 1-1 against Spurs last time out in a match where, yet again, the Toffees found themselves a goal behind and failed to win, although Andre Gomes' horrific injury overshadowed the result.

Both teams are desperate for a result in order to kick-start their respective seasons, and are potentially looking at a relegation battle if results do not improve. ​Southampton will be without full-back Cedric Soares and with Ryan Bertrand still suspended after being sent off against Leicester, Pierre-Emile Hojbjerg may fill in at left wing-back again.

​Everton are having a bit of a midfield crisis, with Jean-Phillipe Gbamin, Bernard and Andre Gomes all out of this clash. Fabian Delph is also a doubt, meaning Tom Davies and Morgan Schneiderlin could be the Toffees' only midfield options. Everton have historically had the upper hand in this fixture, winning 46 times to Southampton's 31, with the two teams playing out 22 draws.

Last season though, a James Ward-Prowse strike and a Lucas Digne own goal gave the Saints a 2-1 win in front of their own fans.

The Saints have won five of their last six home fixtures against Everton in the Premier League, with a 3-0 loss in 2015 the last time they were bested. Southampton have been in awful form of late, with Ralph Hasenhuttl's side losing four of their last five games – their only point coming away at Wolves.

Everton have fared slightly better but are still extremely inconsistent, winning two, losing two and drawing one of their last five. This form will have to improve if the Toffees are to climb the table.

Here's each team's results from their previous five matches. Both teams are desperate for a win, with the Saints playing their first home match since the now-infamous 9-0 gubbing at the hands of Leicester.

With Everton, you never know which side will turn up, so this game could go either way.

Both sets of defences aren't the most solid, so a high-scoring draw looks the most likely outcome.