​Okay, we're only eight games into the new Premier League season, it's too early to definitively say whether teams will be successful or not this season.

However, it's not too early to critique clubs on their summer business which, in an age where so much data is available so freely, should be a lot harder to screw up. Doesn't stop some serious blunders being made though, does it? Fun, too 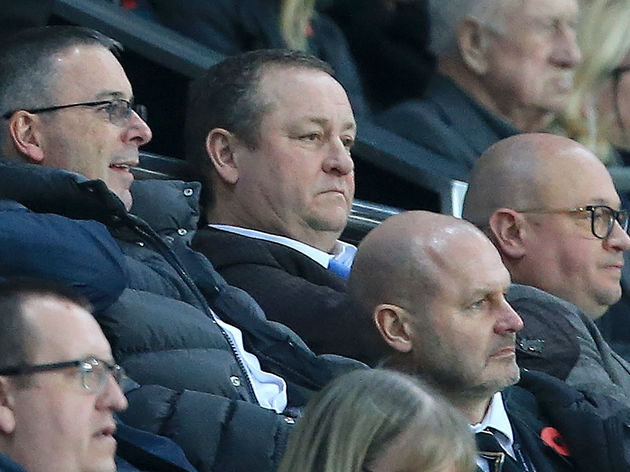 So, with all of our eternal wisdom - because we never get things wrong - 90min presents the biggest blunders from Premier League sides in the 2019 summer transfer window. Truly shocked to see that a team who sold their most consistent source of goals is now struggling in attack, who could've seen this coming?

For all of ​Lukaku's flaws (which are exaggerated because of how bumbling they are), he was still a guarantor of at least 15 goals a season in all competitions, hitting that tally in every season in England barring his first with ​Chelsea.

It was obvious to all that the Belgian would be a huge success at Inter, and has started the Serie A season in fine form. So what did ​Manchester United do to replace him? They gave ​Anthony Martial the No. 9 shirt and hoped he and ​Marcus Rashford would turn into prolific, consistent forwards.

​Tottenham Not Signing a Right-Back ​Spurs selling ​Kyle Walker to Manchester City and simply promoting ​Kieran Trippier to starting right-back​ was some serious duck-tape problem solving on their part back in the day. Sure, he was okay in the 2017/18 season, concluding with a great World Cup, but he wasn't a Mauricio Pochettino wing-back - no pace, no aggression, no tactical awareness. When he was sold to ​Atletico Madrid this summer, Tottenham fans expected a replacement for the replacement.

The club have had five transfer windows since to replace Walker, which is admittedly a hard task, but the closest they've come has been through ​Serge Aurier, who looks as much like a right-back as Ben Shephard at Soccer Aid.

Pochettino has talked about playing Juan Foyth there in future, but come on lads, at least try and find a suitable replacement.

Wolves Resting on Their Laurels A seventh-placed finish for ​Wolves last season represented one of the best years in the club's history, qualifying for Europe for the first time since 1980.

Many tipped them to be the top challengers to the big six, and with ​Manchester City and ​Liverpool pulling away from the rest of the league, the chance was there for Wolves to stamp their authority.

So what did they do? They made 12 signings at youth level​, and just the two permanent ones at senior level (excluding players loaned in from last season). Nuno Espirito Santo's squad remains small and wedded to a stubborn 3-5-2 formation, and it looks like ​Leicester have become the favourites to break into the top six.

Newcastle Letting Rafa Benitez Go - And Then Backing the Manager Mike Ashley's frosty relationships with managers at ​Newcastle has been well documented for years​ now, and it came to the fore in the summer when Rafa Benitez was allowed to walk away because of a lack of assurances over money to spend in the transfer market.

This was followed by the Magpies splashing the cash to bring promising talents like Joelinton and Allan Saint-Maximin to the club, who instead now have to play under

Manchester City Just Ignoring Who Their Centre-Back Options Are In fairness, Manchester City don't concede a lot of goals - from a statistical point of view, it's easy to say signing a centre-back wasn't a priority. When you watch any of their defenders who aren't called Aymeric Laporte try and actually do their job off the ball, however, you wonder what they're playing at.

​Nicolas Otamendi has been overtly rash ever since joining City, and ​John Stones' progress has been slow (did you know he's 25 now?). It should've been obvious to the club that they needed a capable partner for Laporte, particularly with ​Vincent Kompany leaving for Anderlecht.

Still, we're sure that Pep is more happy than we can believe.

Norwich Risking the Validity of Their Principles A frantic start to life back in the ​Premier League has given ​Norwich ​the image of a club who love full-throttle football - unfortunately, they've hit a wall after their impressive win over Man City.

The club, from the manager to the board, have been quick to defend their transfer business, stating they believe in their brand of football, in the youngsters they have, but at times the Canaries have looked too naive for their own good (5-1 at home to ​Aston Villa, really?).

Blooding in youngsters is an admirable trait for a football club to have, but they can't do it alone - you still need quality, experienced heads around them, and Norwich failed to bring any of the calibre they need in. Marco Silva's time in England has been pretty turbulent for a low-profile guy, nearly but ultimately failing to save ​Hull from relegation before starting a war between ​Watford and ​Everton, all while playing attractive, defensively incompetent football.

The Toffees came into the new season seriously scarce of quality in the heart of defence, with Yerry Mina, ​Michael Keane and Mason Holgate their only senior options after Kurt Zouma's loan spell ended.

Everton now sit in 18th place and with old habits still haunting them - it must've felt like Groundhog Day for their fans​ for 30 years.