Tottenham Hotspur signed off the Premier League season with a 2-2 draw with Everton on Sunday afternoon.

An early goal from Eric Dier set the mood for a dominant first half where Spurs showed their class in their final league game of the season.

Everton changed their tactics after the break and were rewarded for their efforts when former Arsenal man Theo Walcott fired past Hugo Lloris to equalise for the Toffees. Spurs should have been home and dry, having missed a number of chances prior to Walcott's goal and they paid for their poor finishing when minutes after the equaliser, Cenk Tosun forced the ball over the line.

It fell to Christian Eriksen to save Spurs' blushes in the 75th minute with a superb free-kick which secured Tottenham's top four finish this season, and with it Champions League football.

Here's 90min's breakdown of the game.

With Cenk Tosun's goal shifting the momentum towards the visitors, Spurs needed one of their players to step up and grab the bull by the horns.

2018-19 – Christian Eriksen’s goal was the 1067th Premier League goal this season; more goals than any other 38-game season of the competition. Glut.

When ​Erik Lamela was brought down about 25 yards from the Everton goal, ​Eriksen picked the ball up and purposefully placed it down as he eyed up Jordan Pickford's goal.

​Spurs fans held their breath, and were no doubt relieved when the Danish maestro fired the ball over the wall and past Pickford into the net. It's not the first time that Eriksen has come to Spurs' rescue this season, but with his future unsure, it might be his last.

Danish midfielder Erisken put in a typically assured performance in the middle of the park for Tottenham in this match. 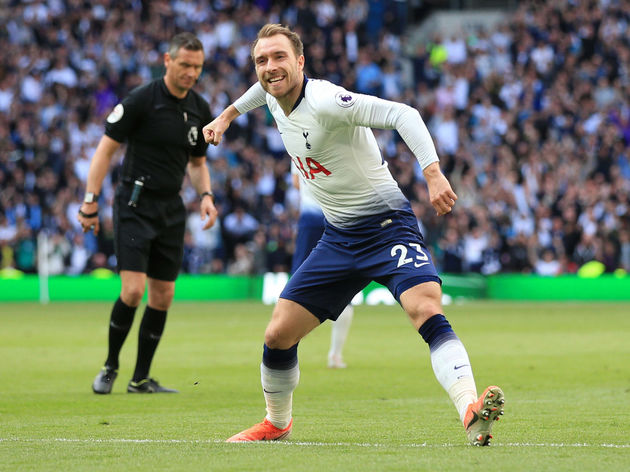 He grew into the game, and linked the play well whilst also troubling Pickford in the ​Everton goal. The 27-year-old will be important when Spurs face Liverpool in a few weeks time, so the fact he made it through the game injury free would have come as a relief to his manager.

He capped off a fine performance with a sublime free-kick which levelled the game at 2-2 and guaranteed Tottenham Champions League football for next season.

Everton's seeming inability to defend from set pieces this season has been of concern to many Toffee's fans and it was on display again against Spurs as ​Dier found the back of the net following a corner.

15 - Excluding penalties, no team has conceded more goals from set pieces than Everton in the Premier League this season. Frailty.

As the ball was swung in, the ​Everton defenders failed to clear and it fell kindly to Dier, who gleefully put the ball into the goal.

If Everton want to improve on this season's finish, then sorting out their defending will be a priority as it has let them down on a number of occasions in this campaign.

Former Tottenham man Gylfi Sigurdsson received a warm welcome from the Spurs fans as he looked to create opportunities for his current teammates to score. He also used his lethal right foot to trouble Spurs' keeper Lloris a number of times and was unlucky not to add to his tally of 13 league goals this season.

Marco Silva should look to build his team around the Icelandic midfielder as he nicely knits the team together and brings the best out of his teammates.

Spurs have the small matter of the Champions League final to look forward to. They travel to Madrid to face Premier League rivals ​Liverpool at the Wanda Metropolitano on Saturday 1 June. The final will be hotly contested, with Liverpool probably edging it as slight favourites but the fact that Spurs are in the final means that their chances shouldn't be ignored. 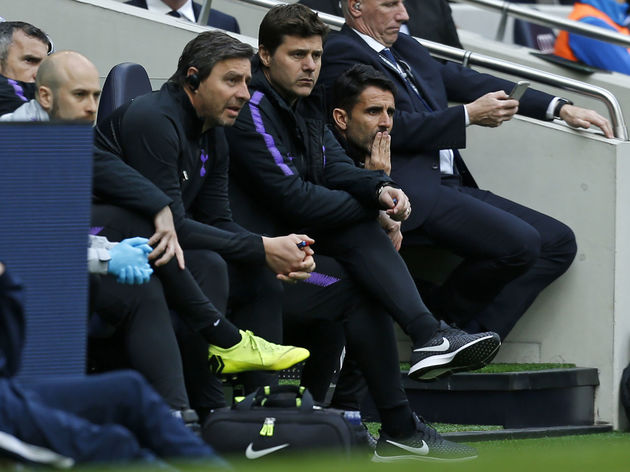 Everton now have the summer off to prepare for the next ​Premier League season. Silva will want to build on some good performances this campaign, and create some consistency, which at times was missing this season.