​Tottenham have lodged an appeal against the red card shown to Son Heung-min during the 1-1 draw with Everton at Goodison Park.

Unfortunately, Gomes suffered a horrifying broken and dislocated right ankle as a result - leading to referee Atkinson, who initially had a yellow card in his hand after the tackle, brandishing a red card. 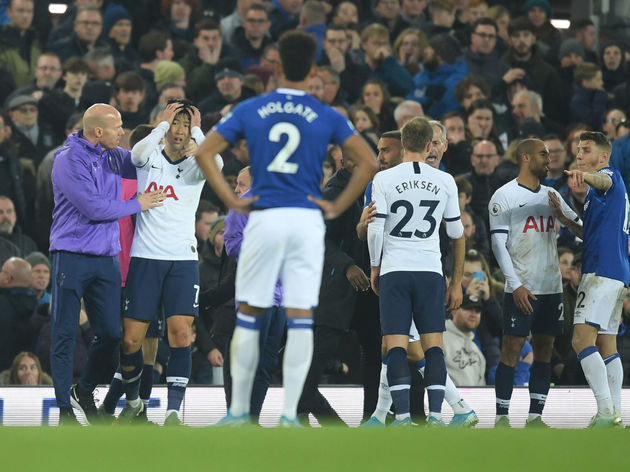 The Lilywhites have now submitted their appeal, confirmed via the Mirror, in an attempt to have Son's possible three match suspension overturned. The appeal is thought to have a back-up argument should the ban not be overturned, with Spurs arguing that the mandatory punishment is excessive, given the accidental nature of the tackle and resulting injury.

After the game, Tottenham manager Mauricio Pochettino was adamant that the decision was incorrect, again criticising the much maligned VAR for failing to help on-field referee Atkinson make the right decision.

"It was clear it was never the intention of Son to create the problem that happened afterwards," Pochettino said.

"It is unbelievable to see a red card. In that situation we need to help because the decision of the referee was a yellow card but the VAR changed the decision.

"It is the latest example of it being not clear. VAR needs to check if it was a bad tackle from Son and judge the action, not what happened after. "I don't know what will happen now (in terms of an appeal). The club will see if it is possible but what we cannot change is what happened after (the incident)."

The Mirror's report adds that ​Son has been offered counselling by Tottenham after he was seen to be visibly upset on the field, with a number of players on both sides also distraught at the extent of Gomes' injury.

​Everton have already confirmed in a statement on their official website that Gomes has undergone surgery, fortunately stating that the former Barcelona midfielder is expected to make a full recovery. He will, however, likely miss the remainder of the season.