VIDEO: Djibril Sidibe Attempts to Come on as an Everton Substitute - Wearing One Sock

There is a wide range of mishaps you can make as a footballer. Scoring an own goal, missing a sitter, getting nutmegged and errr...forgetting a sock.

​Everton defender Djibril Sidibe was about to enter the field for an injured Theo Walcott in Saturday's win over Crystal Palace when he realised he only had one sock on.

The Monaco loanee had readied himself to come on, and went to pull his left sock up, only to find there wasn't one - which must have really socked for the Frenchman.

When you're rushed on to the pitch and forget a sock 

To be fair to Sidibe, it's not very often you get subbed on before half-time, but it's surprisingly not that difficult to remember to wear both socks. Nor is it too much to ask to be ready to come on as a substitute...if you're named on the bench by your manager.

​Toffees boss Carlo Ancelotti was not chuffed with the occurrence, and will very much hope it doesn't happen again.

However, in his post-match press conference, the Italian smiled when asked about it and said to Sky Sports: "It 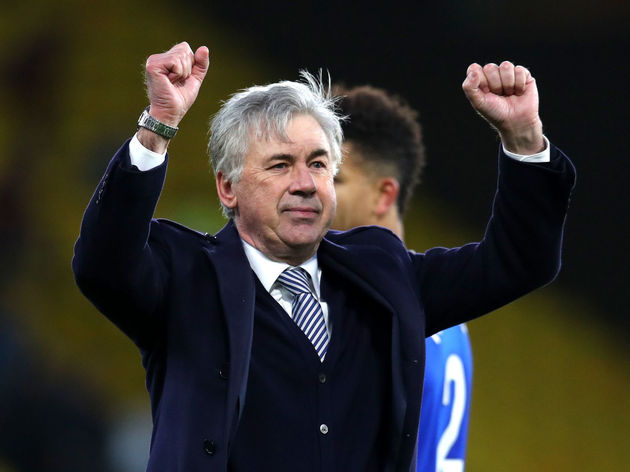 Everton were 1-0 up at the time, due to Bernard's volley after 18 minutes - they then went on to win the game 3-1 at Goodison Park, with further goals from Palace's Christian Benteke, and the hosts' Richarlison and Dominic Calvert-Lewin.

The victory has taken Everton up to seventh in the league, a point ahead of ​Manchester United.

Since Ancelotti's first match as manager in December, only ​Liverpool have picked up more points (24) than Everton's 17 points - showing just how much the Toffees have improved under him.