​Ex-Manchester United and England captain Wayne Rooney is set to be imminently announced as a player-coach at Championship side Derby County, marking the end of a short but memorable 14-month stint in Major League Soccer with D.C. United.

Rooney made the move stateside last summer after leaving boyhood club Everton for the second time. His impact was immediate, steering the struggling club from bottom of the Eastern Conference into the 2018 MLS Cup playoffs. He has continued to perform in 2019. 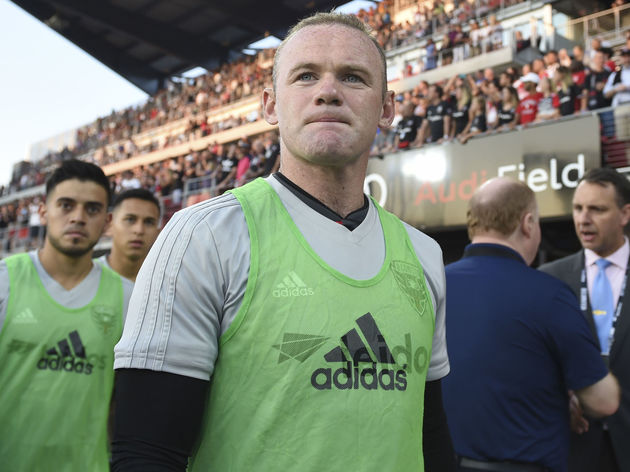 But Rooney, due to turn 34 years of age in October, is eyeing the next chapter. The five-time Premier League champions has previously stated a desire to move into coaching when his career is over, and the opportunity at Derby promises to help him begin while still playing.

The Daily Telegraph has reported that Rooney arrived at London Heathrow airport on Tuesday morning after flying overnight from the United States and immediately travelled to Derby for ongoing talks with Rams owner Mel Morris.

The move is said to have the blessing of Derby boss Phillip Cocu, who replaced Frank Lampard at Pride Park last month, with Morris stating that Rooney has already spoken with Cocu.

Derby are hoping to confirm Rooney in a player-coach role today. Rooney and Cocu have had talks. Mel Morris says Cocu fully behind Rooney coming on board. Great move for both parties in my opinion #dcfc https://t.co/NuFzutL2tO

"We understood he was keen to come back to the UK and of course we looked at it and decided if we could do something on the back of that," Morris told talkSPORT on Tuesday morning.

"The key to me was the conversation that he had with Phillip Cocu. That was critical to the interest Wayne has had. It's never done until it's done but obviously we're focused and keen to get it over the line this morning."

Rooney's wife Coleen has furiously denied that she has 'forced' the family back to England after a story first published by The Sun at the end of July. The mother of Rooney's four children, the tabloid newspaper has since claimed the move is the result of her 'demands' to 'quit America'. In that late July story, The Sun quoted one 'source' as saying, "This is seen as a major win for Coleen. She's put her foot down and told Wayne she wants their children to grow up in familiar surroundings in the UK and get them settled in local schools."

But it was quoting of such 'sources' that appears to have most angered Coleen and she took to Twitter over the weekend to slam the newspapers' reporting on the subject.

Sources, Sources, Sources!!! This is how the press get away with stupid made up stories!! There are no sources, it’s just a way of getting people to read their crap!!!

"Sources, Sources, Sources!!!" she said. "This is how the press get away with stupid made up stories!! There are no sources, it's just a way of getting people to read their crap!!!"