Much like the Italian himself, you probably raised an eyebrow when you read the above a little over two months ago, but if I were to tell you that this surprise appointment would have a direct impact on England’s Euro 2020 hopes, you’d most likely have no idea what I was talking about.

Since taking the reigns at Goodison, Ancelotti has transformed Everton’s season, taking them from 16th place in the table, to just four points off a place in Europe. The Toffees’ upturn in form has no doubt caught the attention of England boss Gareth Southgate, meaning ​Jordan Pickford and Dominic Calvert-Lewin could well be set to feature for the Three Lions this summer - an accolade neither of them truly warrants.

In 2017, Pickford became the third most expensive goalkeeper of all time, penning a deal which saw him secure a move from boyhood club Sunderland for a reported £30m.

But the truth is that Pickford has never looked like a brilliant goalkeeper.

Brought through the Wearsiders’ academy, he was given his chance out of necessity following an injury sustained by number one choice Vito Mannone. Behind a shambolic defence, Pickford was given plenty of work to do, and anyone watching Match of the Day probably will have seen a fair few decent stops. But ultimately, Sunderland finished bottom of the league, with only two sides shipping more than the north-east side, 69 goals conceded in 38 games.

Pickford may have boasted a healthy save percentage of 73% - but so did Tom Heaton and Joel Robles that same 2016/17 season. A young, raw keeper kept busy in a woeful side, Pickford's potential (and nationality) earned him an inflated price tag, but since his move, he has failed to impress - with the current season a particular low point.

Of the last 11 shots the Everton goalkeeper has faced, eight of them have resulted in goals. The England man has been living off the glory of the Colombia shoot-out in 2018 for some time now. Since Pickford’s World Cup exploits, no ​Premier League player has made more errors leading to shots in the Premier League.

In 2019/20, Pickford is 14th for the most saves in the top flight - behind English stoppers Heaton, Dean Henderson, Nick Pope, Ben Foster and Aaron Ramsdale.

The Case Against Calvert-Lewin

Moving towards the top end of the pitch, England find themselves in a bit of a pickle. With ​Harry Kane and ​Marcus Rashford still out of first-team action, and ​Jamie Vardy seemingly unmoved following calls for him to come out of international retirement, England need strikers.

The answer to England’s problem is not, however, Dominic Calvert-Lewin. There’s no denying that the 22-year-old - with history in England's youth teams - shown a marked improvement since the arrival of Ancelotti, and has a career-best 12 Premier League goals this season already.

However, he does not possess the goalscoring instincts the Three Lions crave.

With his ​Everton side trailing 3-2 to ​Arsenal at the weekend, the youngster proved he’s not the big man for the big occasion, heading wide from eight yards out with just minutes left on the clock. Is he really the man you’d put your faith in with just minutes of a Euro 2020 semi-final remaining and your country trailing 2-1?

Calvert-Lewin’s all-round game can’t be knocked. The frontman will work the channels and run all day long, but with Sterling and Sancho either side of him to do that for him, the frontman doesn’t possess the discipline or the killer instinct to stand in between the width of the 18-yard box and wait for his chance, like Kane. 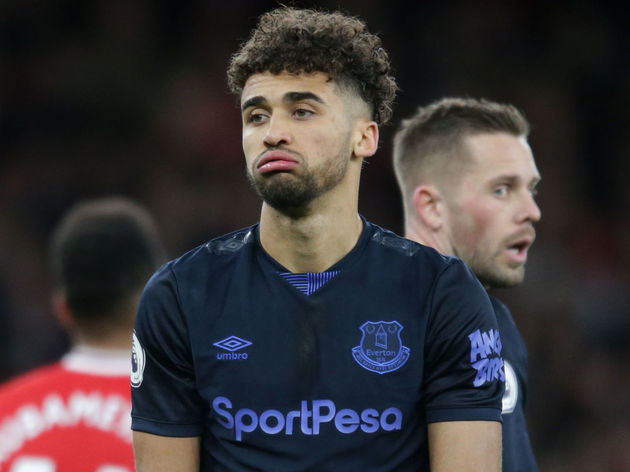 Prior to this season under Ancelotti, Calvert-Lewin had scored 11 goals in 79 Premier League games. England may not be the pool of footballing talent it once was, but there are certainly better options than this.

In summary, kudos Carlo, the job you’ve done with a team flirting with relegation can’t be knocked. But your players? You can keep them.